Why Birds Need Our Love

We’re familiar with ‘dog people’ and ‘cat people’, but did you know more of us are becoming ‘bird people’? Pet bird ownership is on the rise in Singapore, with bird enthusiasts organising bird meetups through Facebook groups to show off their colourful feathered friends.

While not everyone has an interest in birds, they’re an important part of Singapore’s wildlife we often take for granted. We spoke to Dr Jessica Lee, an ornithologist (bird expert) at Wildlife Reserves Singapore, on why we should all care more about birds — especially her favourite parrots. 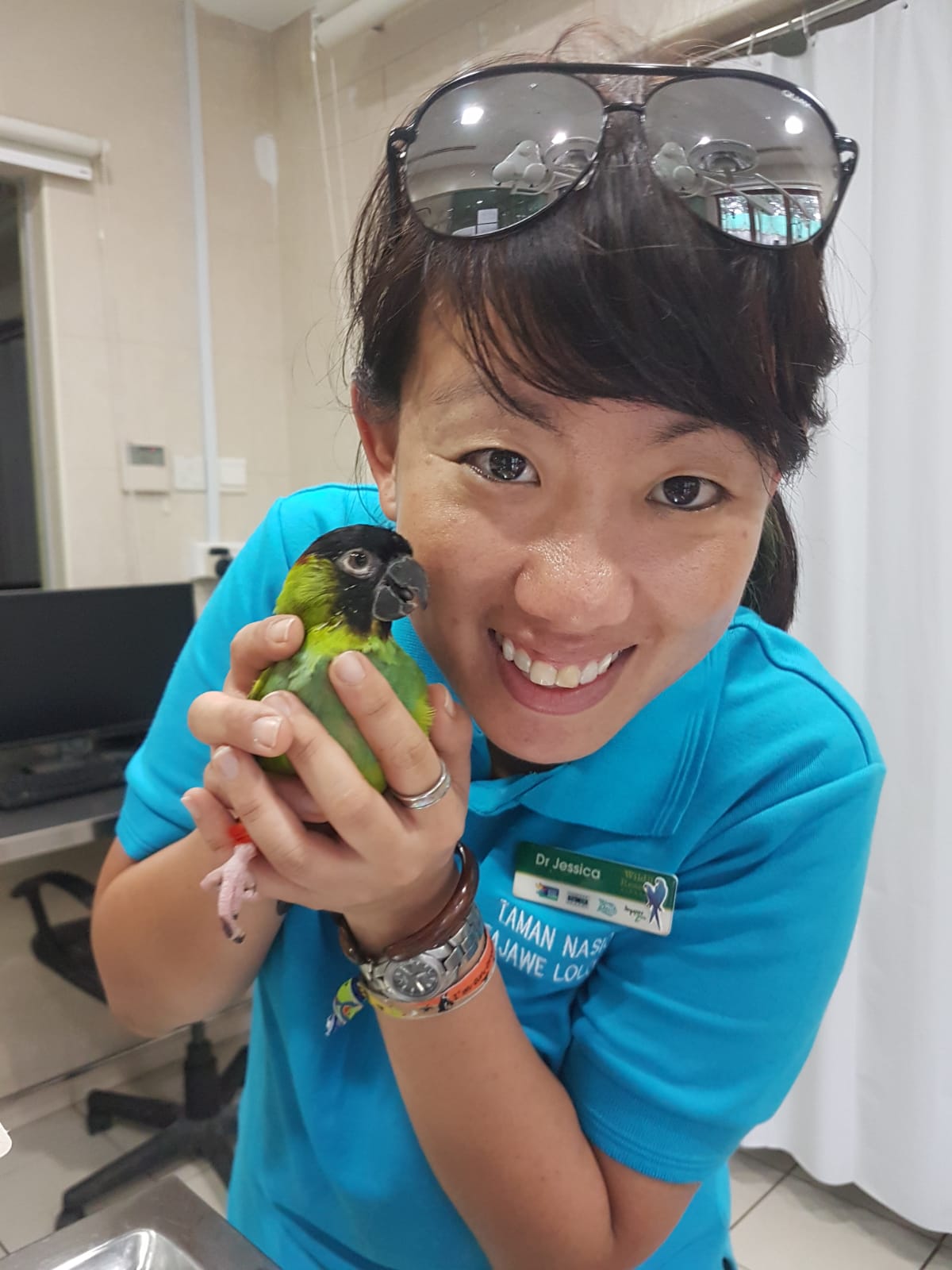 Parrots are my favourite birds, and the first parrot I ever knew was a budgerigar (a type of parakeet) from my granddad.

I love parrots because they’re amongst the most intelligent species, after humans. Their colorful plumage that rivals a rainbow, and their ability to fly invokes a sense of freedom. 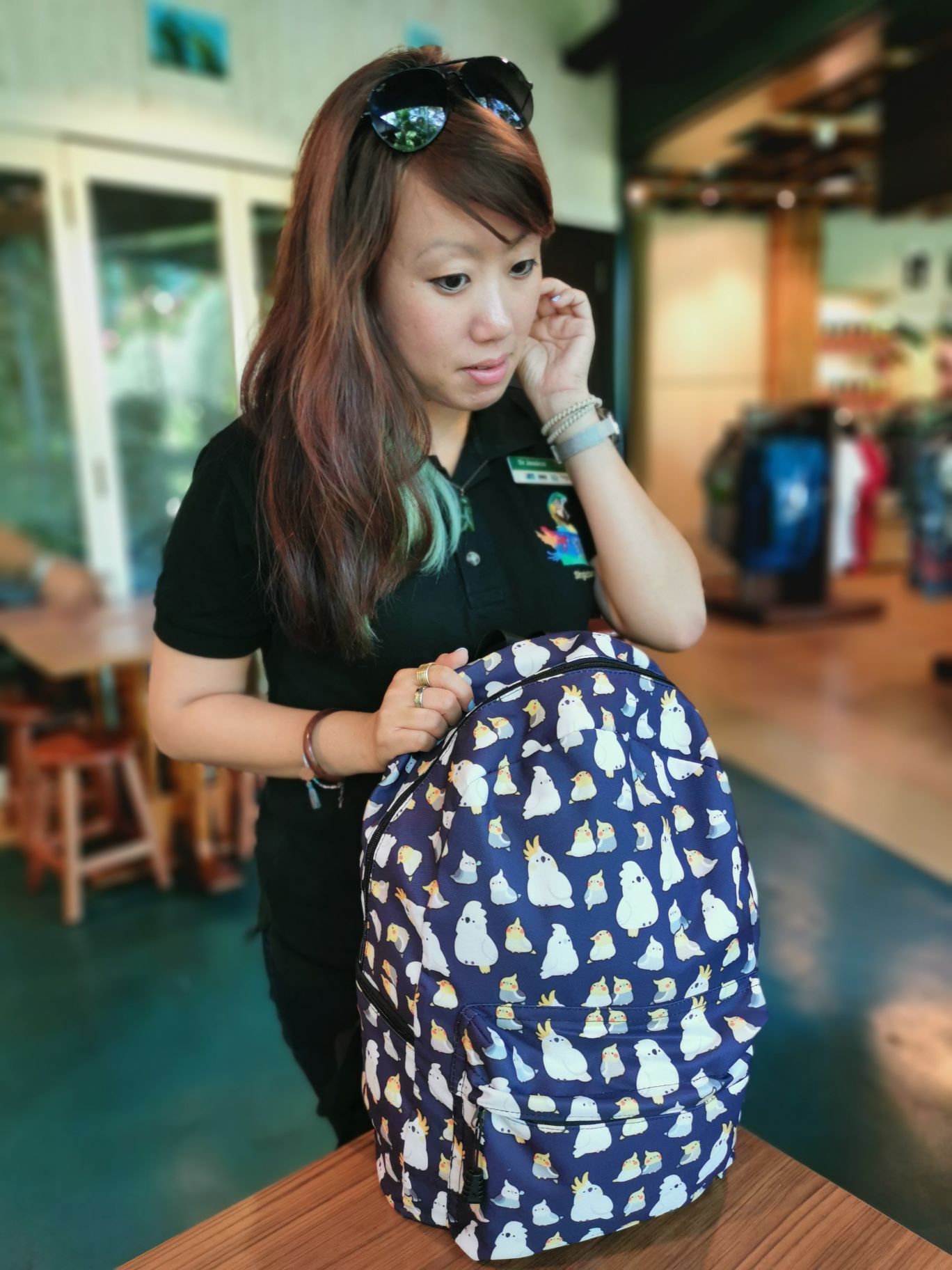 My friends like to call me “crazy bird lady”, because I’m always talking to them about birds. I sleep on bird bed sheets, carry a bird backpack, wear bird jewellery and drink from a bird coffee cup. I figure if I’m going to be known as the bird lady, I might as well look the part! 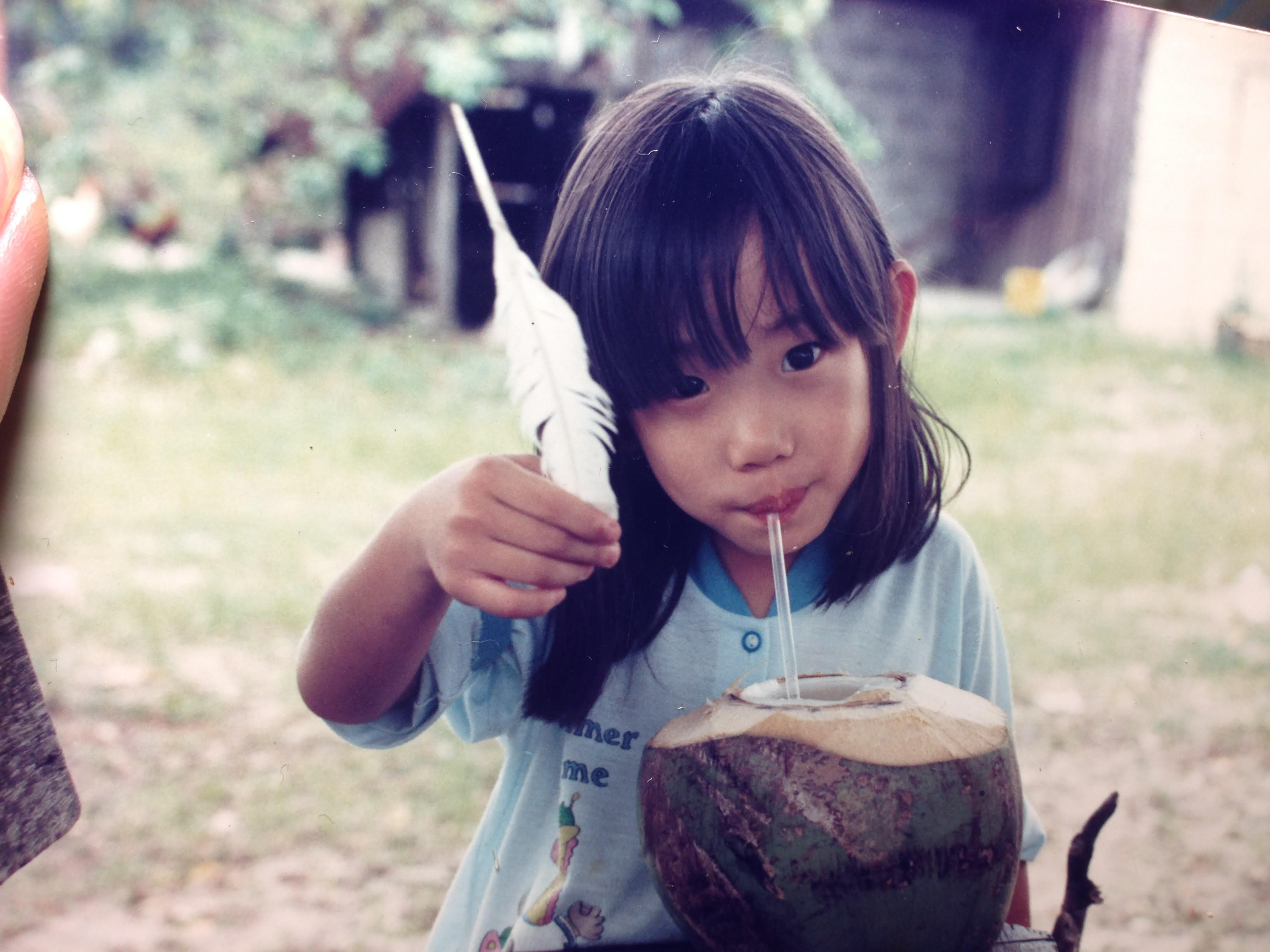 Holding a chicken feather while on holiday in Malaysia as a child.

My love for animals started really young; we had a ‘mini zoo’ in our home with dogs, rabbits, guinea pigs, fish and terrapins. When I turned nine, a switch seemed to flick on in my head, and I decided that birds were going to be my thing. From then on, I was obsessed with birds, and my dad and I built an aviary in our home so I could learn how to breed them.

I got my bachelor’s and honours degrees in veterinary and life sciences in Australia, with the aim of being an avian vet. But realising how hard it was for vets to work with demanding pet owners, I thought, “Surely there is more to my passion than this.”

I flew to Costa Rica to volunteer at a parrot rescue centre for six weeks, working with parrots that had been rescued from the illegal exotic pet trade. There were scorpions on the walls of our house, and the bed was falling apart. But I realised I had a strange penchant for roughing it out, and working with parrots in the wild. 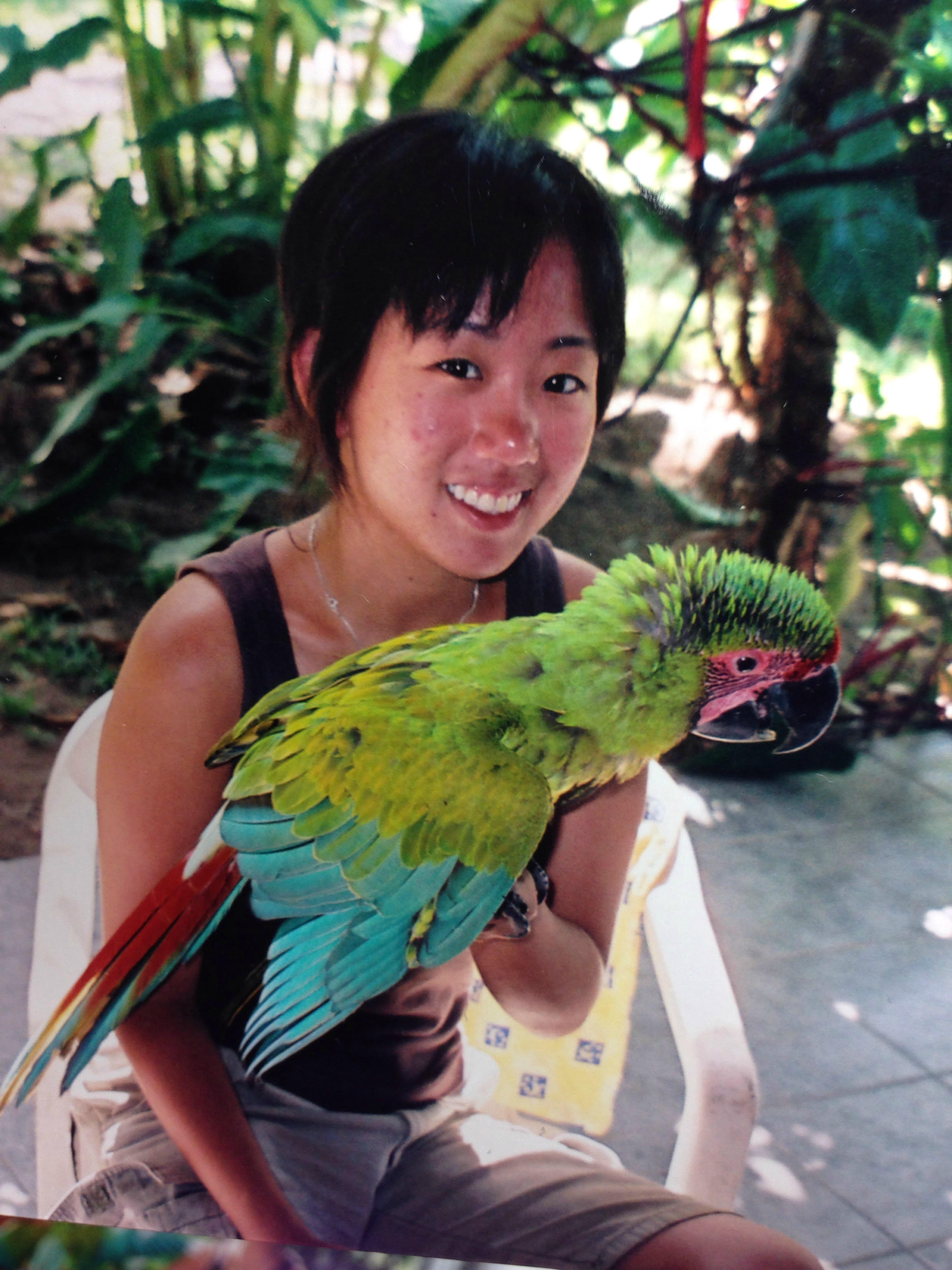 With a local macaw in Costa Rica.

I returned to university and studied applied tropical ecology, and did my PhD on black cockatoos, studying conservation biology and environmental management. This gave me a deeper understanding of birds in the wild, how they were being threatened, and how to save them.

After graduation, I worked with Birdlife Australia, a non-profit organisation dedicated to saving Australia’s birds, and in 2015, I accepted a research manager job at WRS and moved back to Singapore. 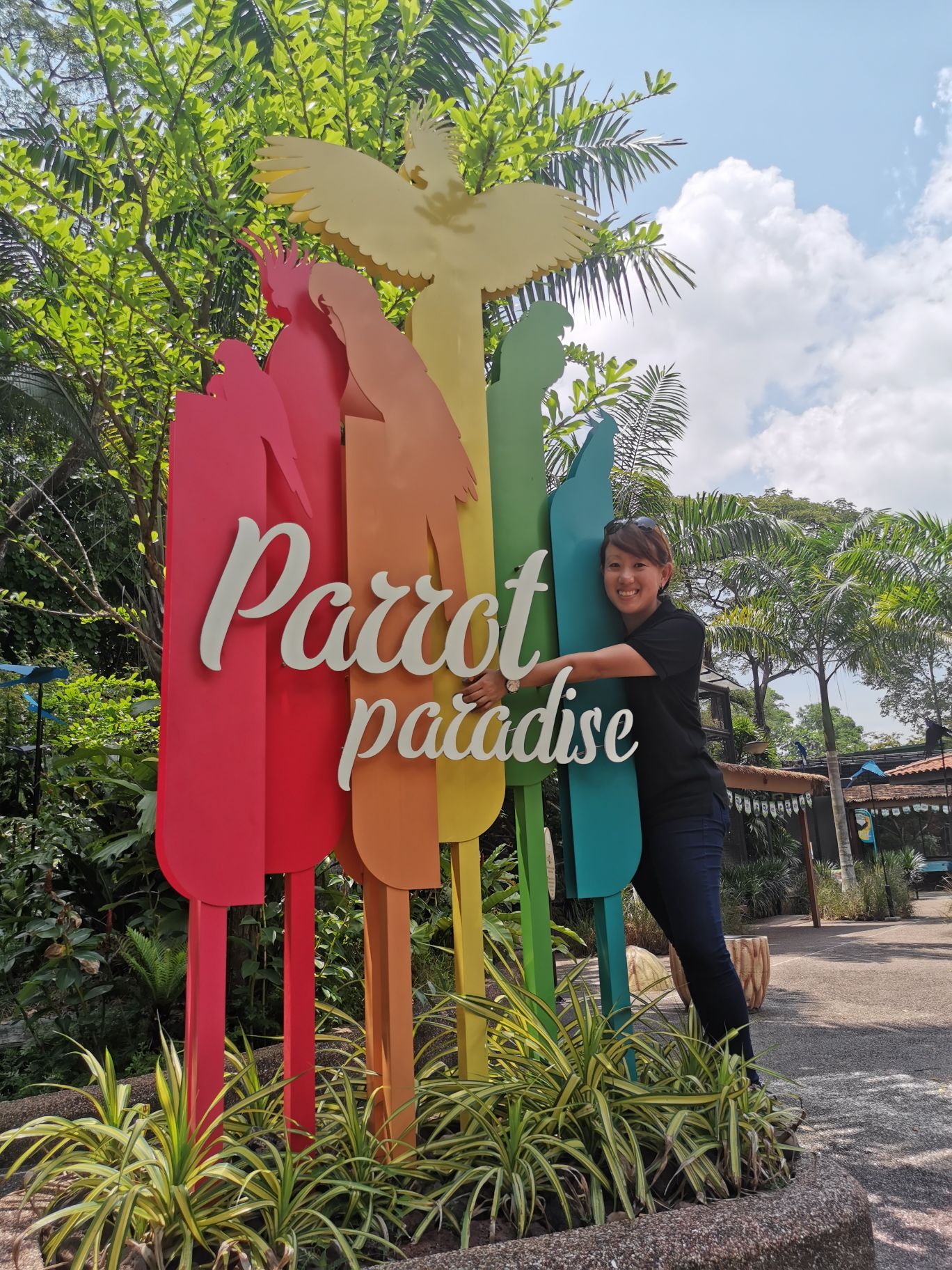 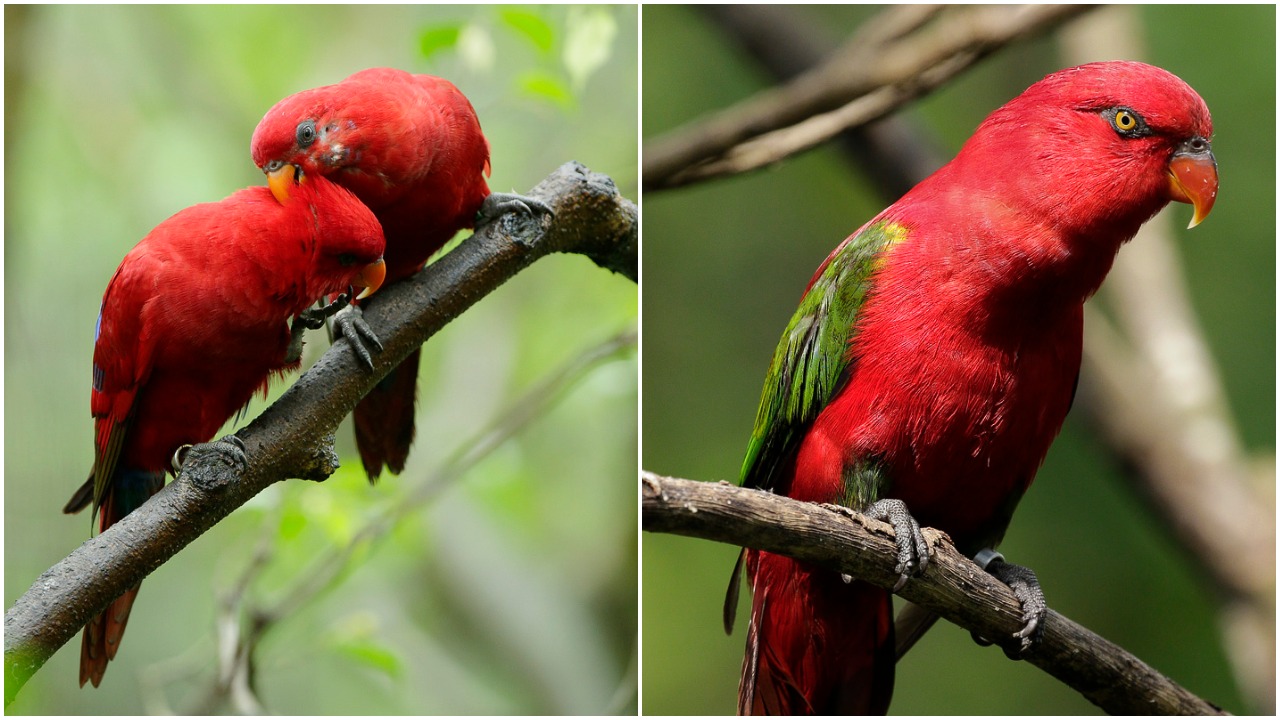 I’m at the bird park once a week, and some parrots call out to me when I visit them, because we have a special relationship. 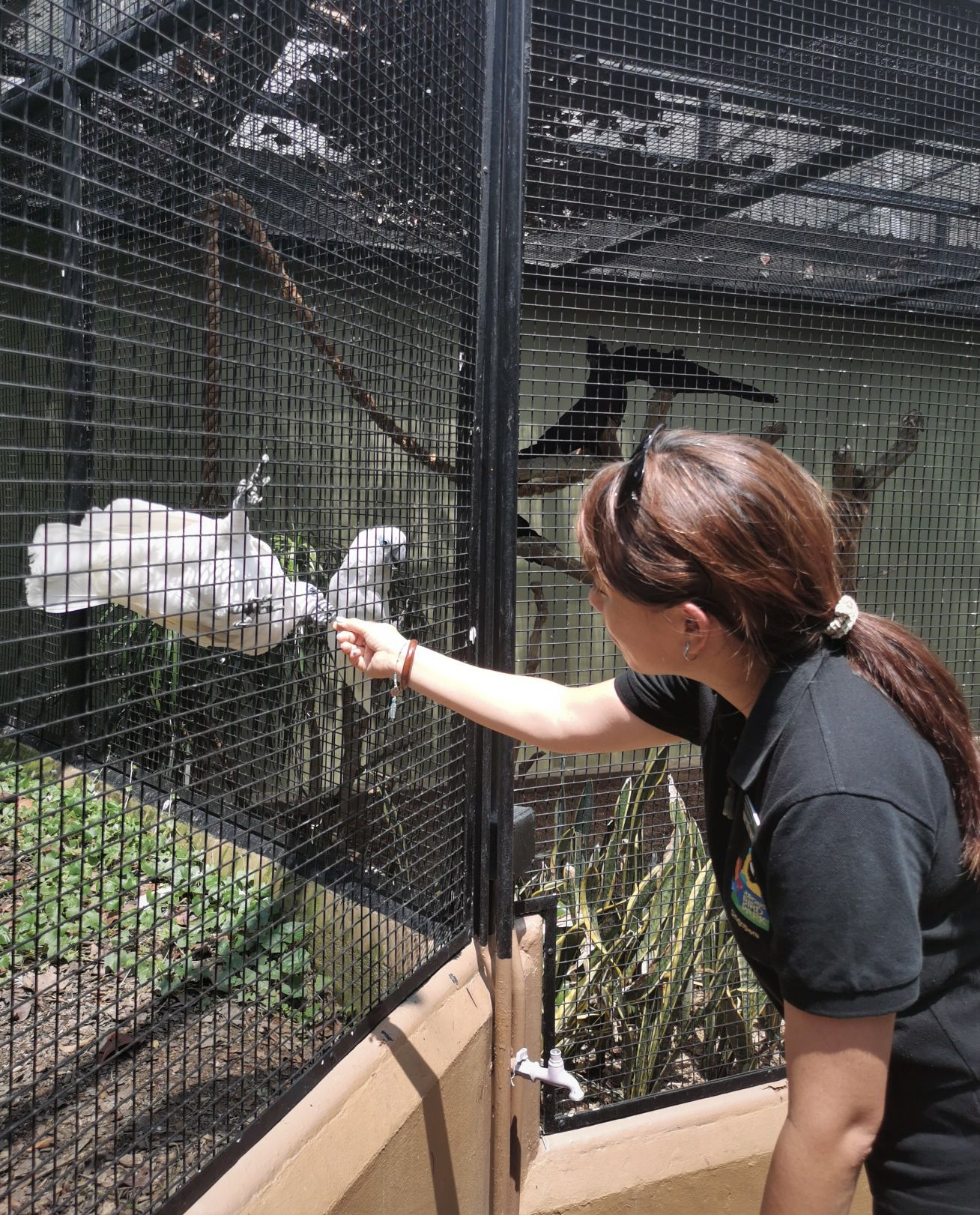 Interacting with a cockatoo in Parrot Paradise at Jurong Bird Park.

In the park, I’ll observe the birds in their enclosures, or the baby birds hatching in incubators at our Breeding and Research Centre. I also give talks to various audiences at Jurong Bird Park. Sometimes, I’m called to help with bird rescue cases around Singapore. This photo was taken with an eagle we helped to clear from Changi Airport, as birds can sometimes be unintentional hazards on runways and air spaces.

I’m single and live with a house-mate, but I am certainly closest to my pet birds. They probably perceive me as bird-kin! 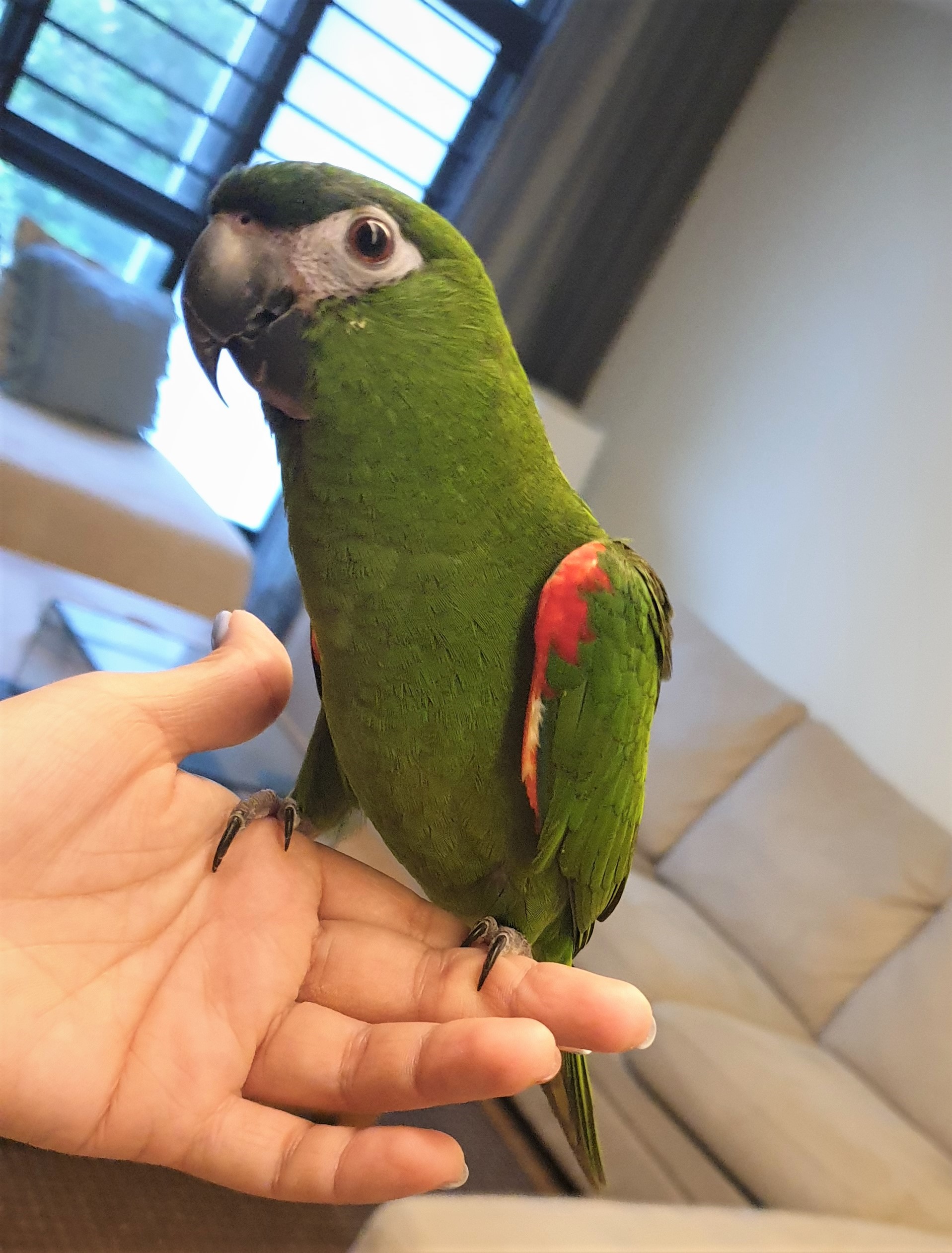 I have four rescue birds in my home, and I’ve meshed up my windows and let them fly around my flat for a few hours in the morning, and for most of the night when I’m home from work. This encourages birds to spread their wings and get their daily exercise.

Sometimes, like stubborn children, my birds play punk and don’t want to come back to their cages! This can be tough when I’m trying to leave home, but they always return to me eventually.

While I’m out, my birds are kept together in a very big cage so they have space and can interact with each other, with lots of food and toys to enrich them. I also spend time talking to them about anything and everything. Chatting and cuddling with them is part of our bonding, and it makes me feel better if I’ve had a rough day!

Bird-keeping is becoming more popular in Southeast Asia, but many owners are unaware that their birds may be illegally caught from the wild. 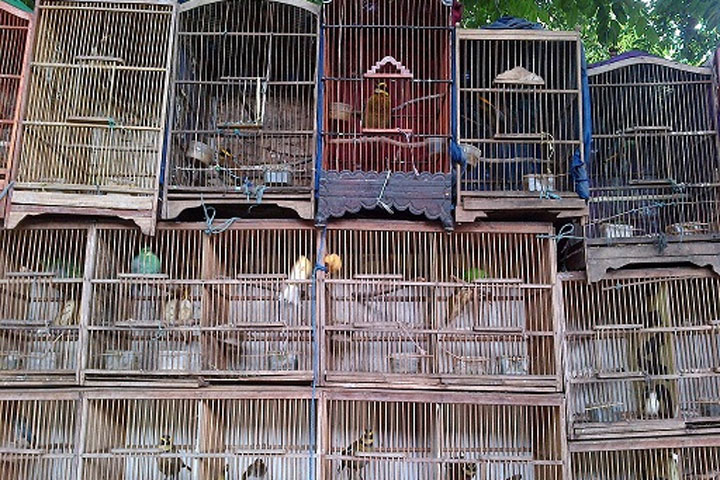 In Singapore and Malaysia, keeping pet songbirds is part of local culture. Older folk often gather with their caged birds in parks, and enter them in singing competitions. Some songbirds are under threat in the wild, because of illegal trapping. But because keeping songbirds is a long-standing tradition in Asia, we need to be sensitive about this practice and educate the public about responsible bird-keeping that considers the conservation of threatened songbird species.

Parrot-keeping is also on the rise, because of cute videos of parrots talking on social media. There are also bird enthusiast groups for species like parrots, where people chat about their birds and meet in real life. Like songbirds, some parrots are also caught up in the illegal pet bird trade. 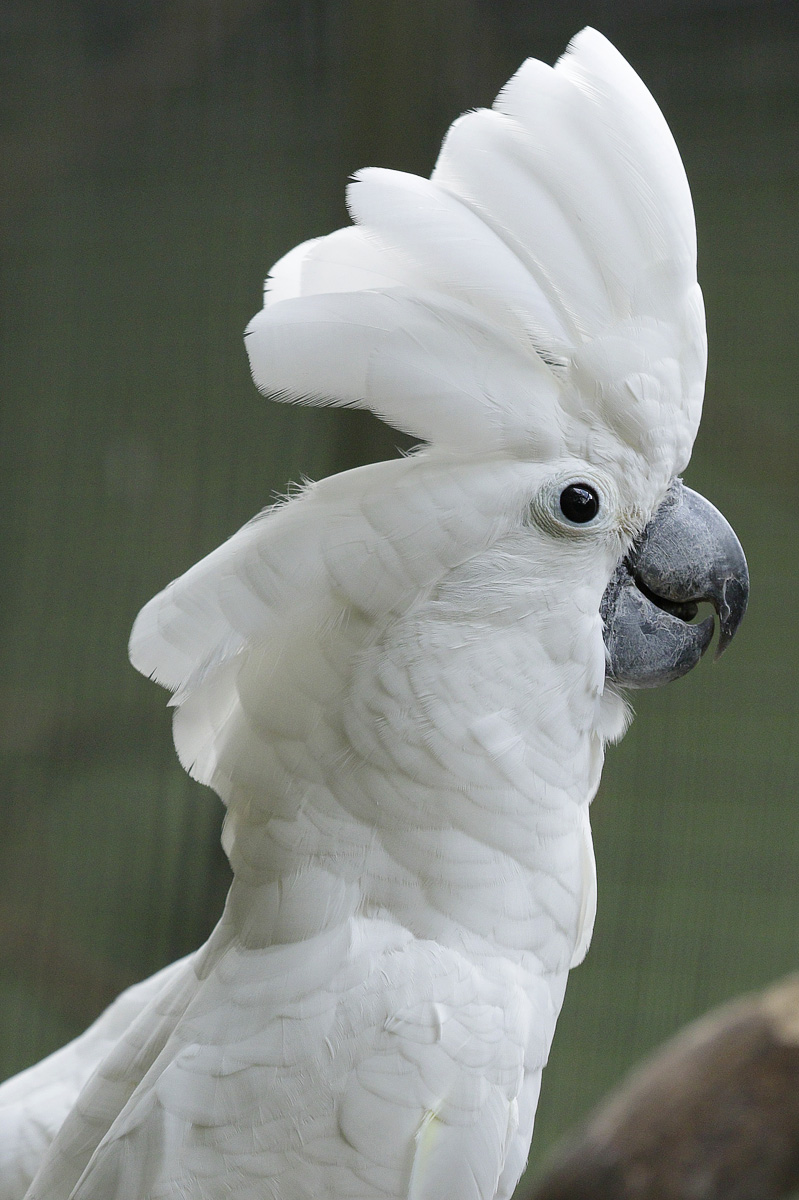 The umbrella cockatoo, an endangered parrot species from Indonesia.

Keeping a parrot is a bigger responsibility than many new owners realise, and this can lead to parrots being abandoned.

Parrots are like four-year-old children, who need lots of love and attention. They form very strong bonds, and are very tactile creatures that like to be cuddled. They can be very messy and noisy; though I love parrots, even I can find their calls trying at times. Not knowing how to handle their birds properly may increase the risk of owners hurting their birds, or getting scratched and bitten by them.

Parrot neglect by owners is recognised as one of the major causes of their psychological stress, and may lead to excessive calling, feather-plucking or self-mutilating.

This may make parrots “ugly” with bleeding wounds, increasing the risk of abandonment.

Getting these parrots back to a healthy stage requires intensive investment. So it’s crucial that people commit to their parrots; some species can live up to 80 years at times!

Right now, there are about 100 feral cockatoos flying around Singapore, which came here as pets from overseas and escaped, or were abandoned. We’re hoping to use these feral birds as reservoirs for future conservation work, and re-introduce them into the wild for breeding when their numbers are low.

I don’t have all the answers to solve the illegal bird trade problem. To meet national guidelines, local pet shops need to produce paperwork to show their birds were not illegally captured in the wild. But these documents can be forged, or hard to trace.

I’d advise pet owners to do their research before owning birds. Ask questions like: are the birds wild-caught or captive-bred? Are they from legal sources, with the right permits and paperwork? Is the species threatened or rare?

Even if you don’t own birds, you can help their cause by spreading the word on the illegal bird trade. Every bit helps to change our local community’s mindsets about bird-keeping, which will in turn help to change legislations.

People ask me, “How do you carry on when the future is so bleak, with climate change and the haze destroying birds and their habitats?” But in the last 10 to 15 years, I’ve noticed that Singaporeans have become a lot more aware of saving the environment. This encourages me, and I feel that change is definitely upon us.

I believe every person I speak to, or every action I take, could bring us one step closer to saving birds. And day by day, everything I do will eventually make a change for the birds I love so much.