Backpacking solo for 6 weeks in 4 countries

Melissa Kweh is a 28-year-old Singaporean who spent six weeks travelling solo through Vietnam, Laos, Cambodia and the Philippines. She shares how she managed to keep her expenses under USD60 per day while travelling, handled mishaps along the way, and her takeaway from her adventures. At that point in time, I was working as a barista and running my own online cake store. I was still trying to figure out what I wanted to do, having only graduated from university for two years. The thing about running your own business is that you can never know how the month is going to end. Sometimes it’s great, but there are months when I’d only get one or two orders and the earnings would not even last a week.

My barista gig on the other hand was also falling stagnant and I would question my next step.

The instability of my jobs, coupled with the fact that a lot of my friends were leaving the country, were perhaps why I felt I needed to get out of Singapore.

In the past, I had always travelled with friends and family to nearby places - going no further than Australia. To do it on my own was really something different for me. Until now, I still talk about it like it just happened. I guess there wasn’t a single reason that made me decide to go on such a long solo trip but I’ve always been a free spirit. Once I’ve set my mind on something, I’ll see it through.

My parents on the other hand weren’t hot on the idea of me backpacking alone. I actually got into a fight with my dad the week before I left for my trip. My parents didn’t realise that I bought a one-way ticket and would be gone for a while. When my dad found out that I had something like two months in mind, he got really upset, saying that he thought I would only be gone for a week - a short holiday. We didn’t speak for days leading up to my trip.

Planning my trip was surprisingly straightforward. I opened Google Maps and searched “backpacking around Southeast Asia” to see the different routes I could take. I eventually settled on Vietnam, Laos, Cambodia, and the Philippines.

I knew friends who had been to these places so that was a starting point. I also read travel blogs and tried to find obscure routes along the coast since I’ve always been drawn to the sea. I wanted to do more than the usual touristy things like visiting landmarks.

I had planned to spend about 10 days in Vietnam, a week in Laos, slightly over a week in Cambodia, and the rest of my time in the Philippines. As much as I could, I gave myself free reign as to where I would be going. I’d only look up hostels and transport a few days before I arrived at places.

Of course the thought of money came up. Going on this two-month trip meant diving into my savings (and not having any income coming in for the whole duration) so I had to be practical. What I had in mind was staying in cheap hostels and taking budget flights. Hostels would cost about USD5 a night and on average, food, beer and cigarettes would cost me USD1-3. I would only eat at roadside stalls where the locals eat.

Things generally cost a little more in the Philippines, coming to about USD2-5 for street food, while the hostels would go up to USD10 a night.

Transport-wise, I made sure to stick to low-cost mode of transport – no taxis for me. A bulk of what I spend would be on overland buses, travelling from town-to-town or on cross-border buses. Those cost about USD25-55. Other than that, I would take tuk tuks and bikes, or jeepneys in the Philippines (20 cents per ride).

I landed in Ho Chi Minh city and I was a complete mess - everything felt so foreign. I remember stepping out of the airport and needing to find a bus to take me the city. I had to cross the road and it didn’t occur to me that the cars would be driving on the opposite side from Singapore. So in Singapore, normally you look right first, then left. I instinctively looked right then just crossed, only for hoards of motorcycles to come my way.

But I soon learnt that the beautiful thing about Vietnam is that you can close your eyes and cross the road. Traffic would just avoid you.

I bought an open bus ticket, stopping at several towns from the south to north of Vietnam, including Hue, an ancient capital city.

I even took the infamous 34-hour bus ride from Hanoi to Luang Prabang. Its nickname is “the bus from hell” - I watched the sunset twice from the bus! 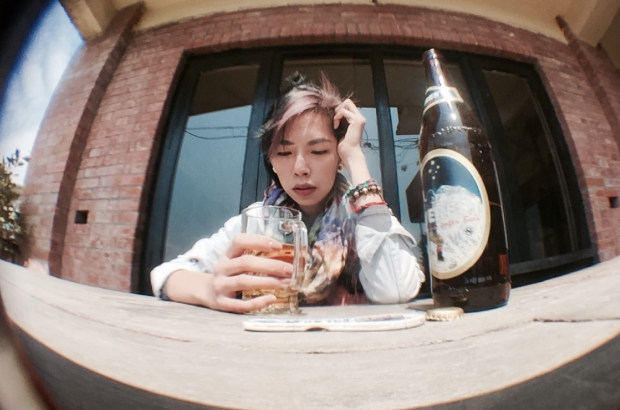 Experiencing “bus culture” in Vietnam was nothing like in Singapore or even Thailand. I was on this cross-border bus service that’s mainly for tourists, but would also stop for locals who flag down the bus. It was meant to be a 30-seater but there were something like 50 of us on there. There were even chickens running around on the bus. I soon learned that it’s all quite common.

It was a really weird and interesting experience for me because I was the only Asian backpacker while most backpackers here were white. I’d get weird looks and had people come up to me and say that they wanted to marry me. There’d be local men driving the bus and just gesturing that they wanted my hand in marriage. I’d be like, “no”.

Travelling solo meant that I had to carry my backpack around a lot, so I made sure to travel light. I packed two sets of pajamas, seven tops, and about three to four pairs of shorts. I just did laundry every three to four days.

Hostels were where I met people - usually in common areas like open bars or by the pool. In fact these communal spaces to chill out at were deciding factors on whether or not I’d stay somewhere. It usually starts with someone wanting to go out and grab food, then you just tag along. From there, you find people whom you can actually talk to.

There could be someone who’d say he or she wants to check out a waterfall nearby and you decide to go together because it’s cheaper in a group. It’s basically just a bunch of people who want to have fun. And when you’re all travellers and travelling alone, you’re more inclined to help each other out or keep someone else company. 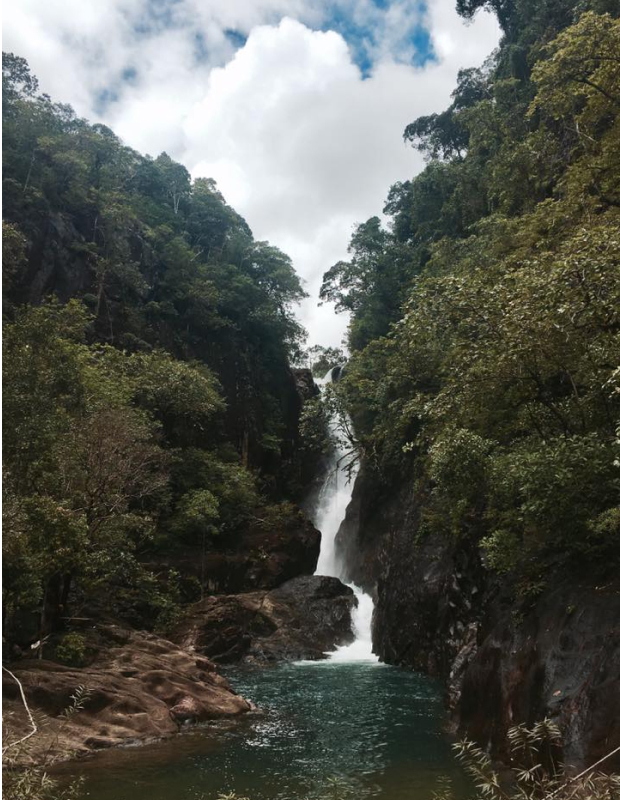 Some of the people I met were nice, others were just different. But everyone had a story.

I met this French banker who was about to be married but his fiancée backed out two weeks before the wedding and married someone else shortly after.

I met an older couple in their 60s from Germany who sold their house and have basically been travelling for two years.

I can easily strike a conversation with people but to continue contacting them boils down to chemistry.

When I first started out, I met this guy who travelled from the north to south of Vietnam. He did what I was doing in reverse because in my case I was travelling upwards. I asked him just before we parted ways where I should go next. He told me about a little coastal city called Nha Trang and Mui Ne (where the sand dunes are). I learned about lesser known towns that way. We wound up meeting again when we both visited the Philippines. 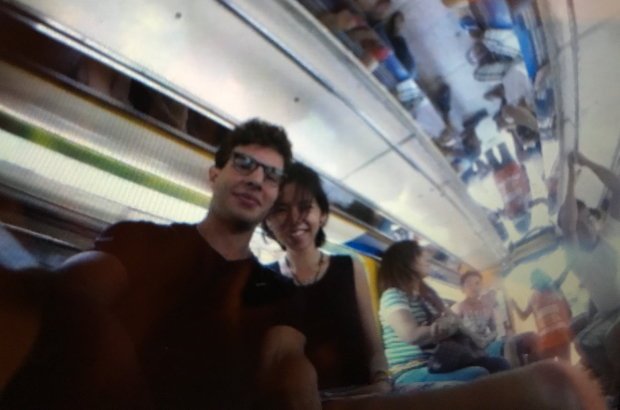 I would say that one of the best parts of travelling solo is really the people you unexpectedly meet along the way.

Part two of this story can be read here.